1,500 years after the Great War, a small group of scientists are awakened from a deep cryosleep within the heart of a laboratory multiplex. Many such outposts were originally built for the survival and future of the planet, but during the conflict, most were destroyed. This is the final outpost.

Data collected by the multiplex’s fleet of automated caretakers over the last few centuries reveals a stark truth. Following the destruction caused by the Great War, 90% of biodiversity was lost on the planet. All that remain are a few species that were strong enough to survive in the desolate wastelands.

Your task is to work alongside your fellow scientists to repopulate the planet and bring it back to its former diversity. Capture species, breed them to be the first to discover new variations, and ensure the survival of future generations. 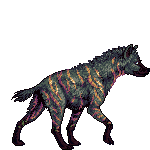